Q: Dear Frankie,
My groomsman won’t talk to my head bridesmaid! Just to paint the picture, the groomsman is my fiancés brother, and the head bridesmaid is my best friend. They used to date for three years, and the wedding is going to be awkward for them. Head bridesmaid has been like a sister to me since we first met at the age of eight.
We have tried to arrange minimal contact for my sake. However, he continues to ignore her, gets grumpy when she rings and constantly bitches about her to me.
What should I do? A very Stressed Bride!
A: Dear Stressed Bride,
Ok, so this is a tricky one because there are multiple peoples’ feelings involved and you have to live with these people basically until death do you part, right? Unfortunately, you probably don’t want to pull a Donald Trump and say, ‘You’re fired!’ and walk away.
First question is: I understand these two people are important to you, but are they as important as yourself and your fiancé? I would hope the answer to this is no, of course not. This guy and you are about to do something pretty scary! Probably not much else is as important as this. Whether it is a wedding or a casual dinner party, you wouldn’t allow a guests’ negativity or problems to bring you down after you.
Second question is: And what is the purpose of a big wedding in general? I would hazard a guess that the reason you didn’t just run off and elope with your hubbie is because you wanted to share the special day with your friends and family? Yes? I don’t think their behaviour is allowing you to do this. You’re not having this big expensive party so your friends can have a free meal and carefree day while you stress and minimize awkwardness!
Third question: What is their fundamental role as head bridesmaid and groomsman? I would imagine the role of your two sidekicks was to handle any problems that may occur for the special day, not to create problems of their own! I’m worried maybe you think their job it to look good in the outfits you picked out and make up the numbers in the group photos. If this is the case any old friends would probably do!
Finally, I’m interested in why they declined to stand down but continue to act like small children? Maybe you could swap them with the page boys and flower girls so you had a more mature groomsman and maid of honour? If they were real friends, and as close and important as you think they are, they would put their differences aside and focus on you. You shouldn’t be made to feel guilty as you’ve done nothing wrong, but if they refuse to grow up and shape up maybe you should replace the guilt with a bit of strength and tell them to ship out!

Read the further articles and questions at www.nzgirl.co.nz! And while you're there sign up and check out their great fashion, travel and useful girl power advice! 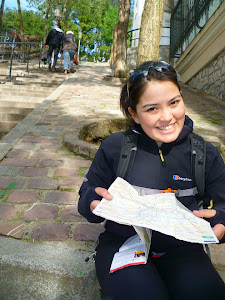